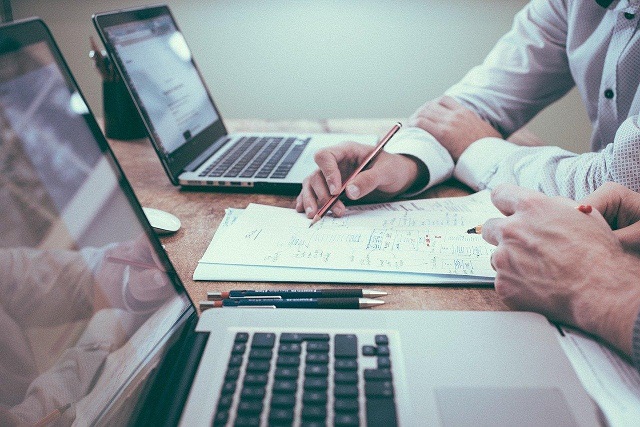 Entrepreneurship is a skill that people aren’t born with. It can be developed over time with hard work, talent, and perseverance. There are many small companies which had commenced with little or no investment but have become big corporate giants, Lottoland is amongst them.

However easy it may sound, but making a business work is itself a very tough job. Following is the list of top companies that started as small startups but survived in the industry with big competitors.

Lottoland is a company that started its operations as a gaming platform. In the initial stages, it faced many challenges, as faced by other new startups. But it recovered and survived well.

There are a number of options for gamers to play games on their websites like football, cricket, tennis, and other sports. As people have started indulging themselves in online gaming, the company saw this as an opportunity to initiate a gaming website that has it all.

You can find all the games on their platform and even earn points while playing. The website also involves several other features that have made it achieve its name in the market.

At the age of 20, the zeal to start a business and become an entrepreneur emerged in MP Ahammed. A boy from Kozhikode, Kerala, made a big name in gold and diamond retailers.

Malabar Gold and Diamonds was a venture which started with a coincidence. Some advanced loan was left unpaid by a Mumbai retailer, so he had to sell it to MP Ahammed. This kick-started his business of gold.

Today, Malabar Gold and Diamonds is considered to be the best in the industry, providing various jewelry designs and diamond ornaments.

People who have the guts to start small businesses with ideas can make it big with their persistent efforts. Just like Lottoland, Chamundi Agarbatti also started small.

No one could have ever thought that a start-up with incense sticks can make it so prominent in the market. Kantilal Parmar, the founder of the company, conceived this business idea and made his dreams come true with his personal savings.

Like other businesses, he couldn’t gather enough investors’ investments, so he went ahead by continuing his business on credit. And today, this company has raised its sales volume to a level where they make huge profits.

Success takes time. The efforts of an entrepreneur have to be continuous. One needs to learn to deal with failures if they want to turn their small startups into major companies competing in the industry.

When Prakash Agarwal quit his sales job, he couldn’t find any success in startups in any industry. Even when he had great ideas, those ideas couldn’t be converted into successful stories until Mysore Deep Perfumery happened.

In the 1990s, the market for agarbattis was flourishing at a large scale. He took advantage of the market situation and started his company, involving manufacturing and distributorship of agarbattis.

His persistent efforts gained him praise and accolades from various competitors in the market.

Handicrafts, artwork, and paintings have always been an integral part of India’s culture. When you go to the villages in remote areas, one can find the real customs and traditions.

RV Enterprises was an initiative taken by Vikram Singh, who came from a small town in Rajasthan with a dream. He had always been interested in the process of making handicrafts at home.

However, often the traders and other intermediaries took undue advantage of these handicraft makers by paying less. To resolve this problem, RV enterprises reached a significant number of villages and changed their lives forever.

If you want to make your business big, all you need is a problem and a solution that gets converted into an idea, which Lottoland did. So you can take inspiration from these startup stories and work on idea generation.

Entrepreneurship does not only involve conceiving an idea but also having the guts execute the idea successfully. Weaving dreams for business is necessary, but more important is to work day and night to make them true.

Red Chief is a success story that clearly explains how small startups can become significant in the industry while surviving among competitors. Manoj Gyanchandani, its founder, realized that the leather shoe market of India was quite dull.

He saw it as an opportunity and developed Red Chief leather shoes. Today, their leather shoes are the most comfortable amongst the competitors. This small company became a corporate brand name with their product in the shoe industry.

This signifies that anyone can be an entrepreneur with an idea. Observation is a very important skill for starting a new business because that helps in seeing a problem and solving it with your vision.

When the solar panels started gaining momentum in India, many businesses tried taking advantage of the opportunity. However, only a few of them were able to succeed. Solar Industries was one amongst them.

The company was incorporated by Satyanarayan Nandlal Nawal, who had a dream to install solar panels, detonators, and other explosives in most places. After a few years in operations, the government issued a license to the company for manufacturing explosives exclusively to the Indian Armed Forces.

Making small startups big may be a challenging job, but companies like Lottoland, Red Chief, and Malabar Gold and Diamonds have proved that it is not impossible. If one sees a dream, he must have the willpower to turn it into reality. These companies listed above have demonstrated that any small company can become a major corporate giant.