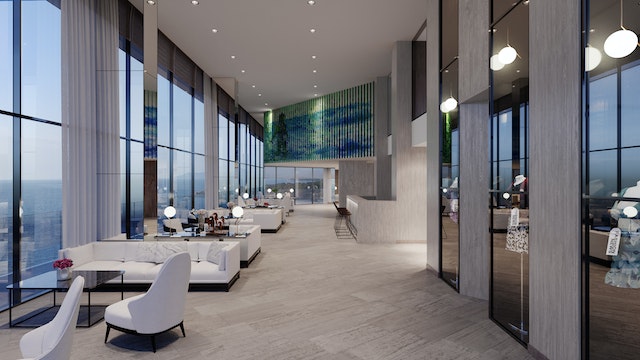 Are you looking to install a speaker system in your lobby? Perhaps you’re putting the finishing touches on a new building, or maybe you’re upgrading an out-of-date system in an older building. Either way, selecting the right sound system is no easy task and you’ll want to get the choice right. After all, you’ll likely be spending a fair amount on any lobby speaker system you select.

Let’s cover some of the most important considerations when selecting a lobby sound system.

How Big is the Room? What Other Factors Could Impact Sound?

A large lobby will typically require more powerful speakers than a small lobby. The needs of a waiting room at a family dental office thus are much different from the needs of a large hotel with an expansive lobby. You’ll need to closely consider the lobby you’re looking to install a sound system in.

Size isn’t the only factor that will impact sound, however. Carpeting, for example, will absorb some sound. Hard surfaces, like marble or tile, may reflect sound. Where people are sitting and standing will also impact acoustic design.

Will the Speakers be Wired or Wireless?

For a long time, setting up a speaker system meant using wires to connect each speaker. In recent years, wireless speakers, many of them using Bluetooth, have become very popular. These speakers don’t need wires to work.

So, should you skip wired speakers and only use wireless ones? That depends. Speakers that are installed into ceilings and walls often look the best in lobbies and other rooms. If a speaker is going to be installed into a wall, you might be able to run wires behind the walls and in the ceiling.

That said, Bluetooth and network technologies have advanced by leaps and bounds in recent years. Twenty years ago, wireless solutions struggled to match the quality of wired systems. These days, wireless systems offer excellent fidelity.

How Will the Speakers Be Controlled?

Speakers need signals to produce sound. You’ll have to pipe music into the speakers. So, before buying a lobby sound system, you should ask how the music itself will be controlled. Will you use a tablet or phone in your office? Should your secretary be able to control the music from her computer? So on and so forth.

Years ago, music meant records, CDs, tapes, and the like. These days, CDs and tapes aren’t as popular, although tens of millions of CDs are sold each year. Most likely, you won’t want to use a CD system for your lobby speaker system. It’s much easier to set up a digital playlist. It’ll be much easier for you and your staff to control the speaker system this way.

Can the Speaker System Be Integrated With Other Smart Features?

Many businesses and homes are now adopting smart thermostats and other automated solutions to make it easier to manage temperatures, lights, windows (such as shading and tint), and other aspects. Increasingly, it’s possible to build not just smart homes and business buildings, but also “genius” buildings that integrate a number of systems that can then be conveniently controlled.

If you’re planning to use smart thermostats and other smart systems, you’ll want to look for systems that allow for easy integration. This will make it easier for you to control not just the sound in your lobby, but the temperature and lighting.

How Much Will the System Cost?

Last but certainly not least, while considering all of the above factors, you’ll also want to keep price in mind when picking a lobby speaker system. 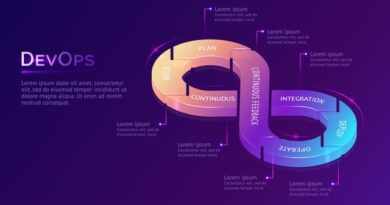 Should Startups Use Continuous Deployment? Explained 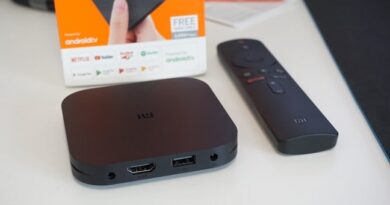 How to Hard Reset Xiaomi Mi Box S? (Without Remote) 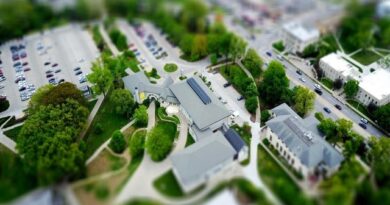 If you plan to use a guest post service, one thing you must do is choose the right one. This